How it all started …

It is the year 1921: Albert Bernhard Jürgens founds the first generation of the company in Emsdetten – starting out with a small trading company for wooden clogs. There was a brisk trade in Jürgens’ clogs in Münsterland and across the border at that time. In the course of this era of industrialisation the company founder expanded his business together with just a few employees to include the manufacture of turning, milling and copying machines, which he used for the mechanical production of the clogs. 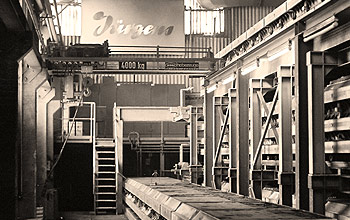 Expansion in the field of mechanical engineering

1947: The second world war is over, fresh starts are on the agenda – and the foundation stone of the present company was also laid in Lönsstraße 15 in Emsdetten. A new main pillar was added to the manufacture of wooden clog machines – the development and production of mechanical looms for the widely spread jute industry in the region.

Heavy duty looms for the production of sisal and coco fabrics were added to the product range of Jürgens. Until the early 70s these weaving machines were the core business of the Jürgens machine shop, that had in the meantime begun to operate globally. 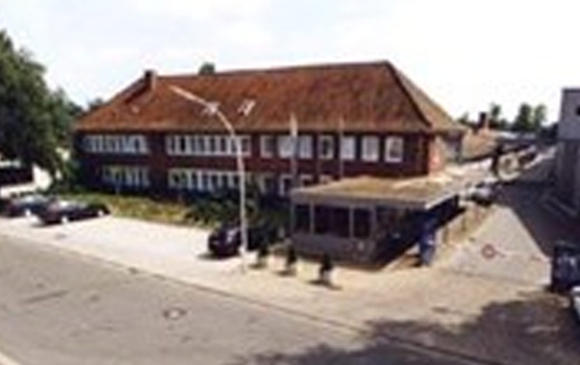 Right up to the present day Jürgens has remained one of the three leading global manufacturers of special looms, which are used primarily in the manufacture of sophisticated fabrics for paper production. Jürgens has focussed its expertise here on the development of forming, felt and dryer fabric looms ( JP 2000 / Model II / Model TF). It is now possible to install between 10 and 15 machines of this type a year, with widths of 8 to 30 meters and often weighing anything up to 80 tons.

Albert Hubert Jürgens, the oldest son of the founder, joins the company in the year 1954. Turbulent years of growth alternate with more difficult times. A pioneering achievement of this time is the development and launch of ferric ductile cast iron production in the as-cast state without any annealing facility – the first foundry in the Federal Republic of Germany to do this. Product development in machine construction resulting in the heavy duty looms of today is another feather in the cap of the successor. Under his leadership, characterised by his sense of social and entrepreneurial responsibility for employees and companies alike, the company develops to become a major and reputable supplier, even on an international level. Albert Hubert Jürgens is completely committed to carrying on the tradition of the family business - and he does so in a classically exemplary manner.

The day-to-day business of the foundry and machine shop is today in the hands of the third generation – Albert Andreas Jürgens, the oldest son of Alber Hubert Jürgens. He joins the firm in the year 1989 after successfully concluding a toolmaker apprenticeship, gaining a mechanical engineering qualification and spending a few years gaining professional experience outside of the firm.

He took over responsibility for large areas of operational management very early on. He has been the sole associate and managing director of the company since 01.01.2002. Albert Hubert Jürgens became Chairman of the Supervisory board at the same time, a position that allows him to continue supporting the development of the company. The long-term corporate goal is to expand the fields of business even further so they remain competitive and efficient – and to continue with the fundamental independence of the company Jürgens as a medium-sized enterprise. 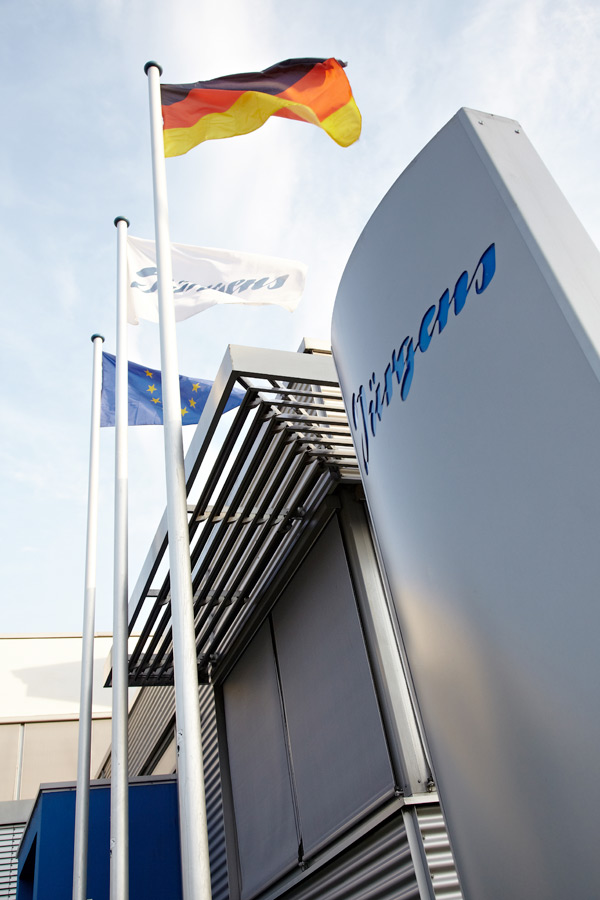